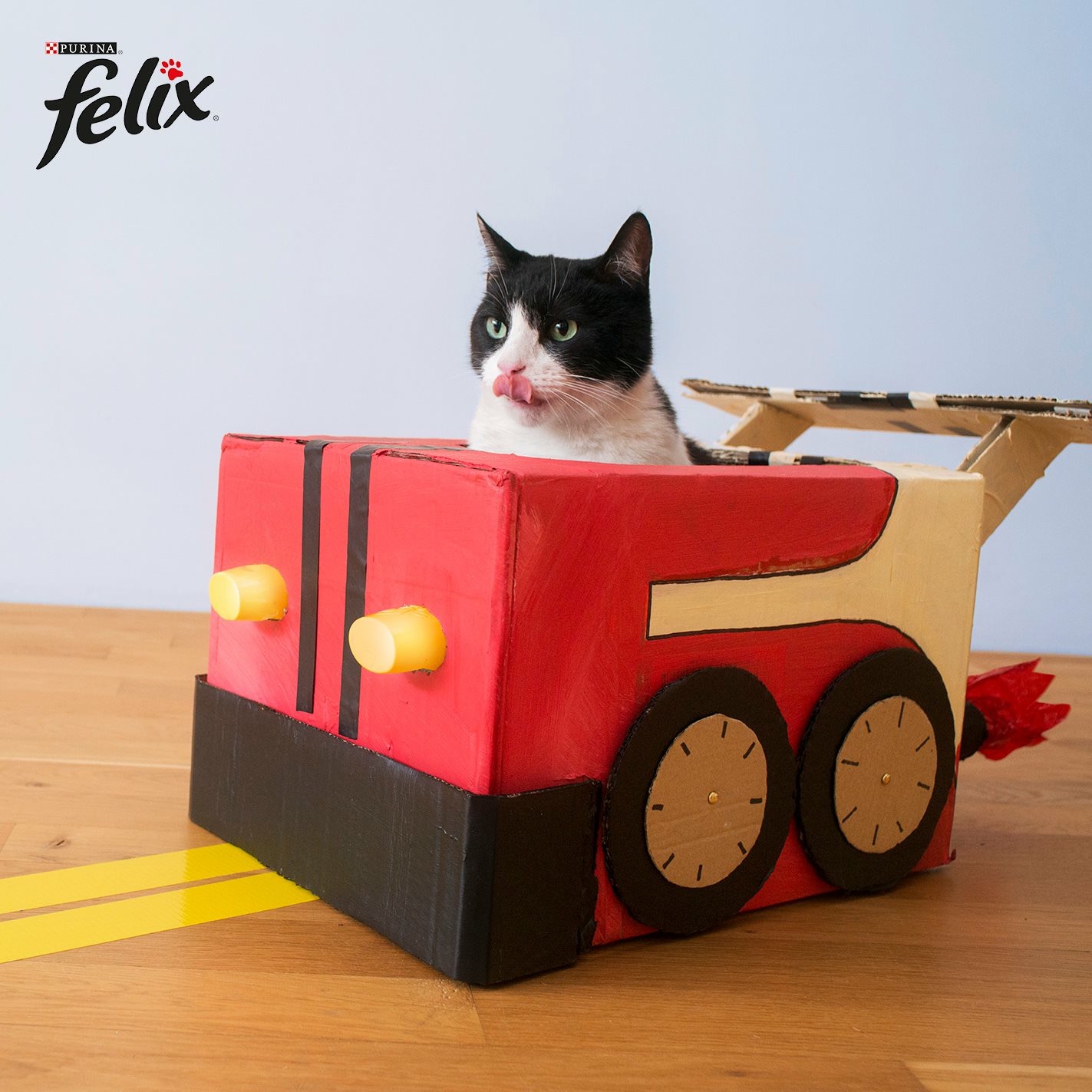 When you think of cats, which famous feline springs to mind? Tom, Sylvester, Garfield? All good answers, but our client, Craft Worldwide had another celebrity up their sleeve when approaching Models Direct to promote Purina’s renowned cat food products.

Yes, it was Felix of the “Cats like Felix, like Felix” TV slogan. As one of the most instantly-recognisable black and white cats, Felix is adored by millions of cat owners who put their pet’s health and welfare in the hands of Purina – the UK’s most trusted and valued pet food company. In fact, they’re the largest cat food company in the country (having been established way back in 1829 in Somerset), so they wanted a reputable and professional pet modelling agency to supply two Felix lookalike cats for their advertising campaign. Well, who wouldn’t? And who did they choose? You guessed it – Models Direct. Oh, and not forgetting the two playful cats on our books – Duchess and BoCat. They really were the stars of the show!

Being at the forefront of the pet food industry, Purina produces several tasty cat food products, from treats, “Tasty Shreds”, kitten-friendly nibbles and even soups! Their advertising campaigns have also included film-based promotions with titles including “Felix Jump”, “Paws”, and “P.E.T” (a parody of Forrest Gump, Jaws and E.T. respectively…as if you didn’t know!), marketing the lovable Felix as the “No.1 mischievous cat”.

With such a respected background in the pet food industry, Purina and Craft Worldwide needed two cats with a striking resemblance to Felix, and Duchess and BoCat fitted the bill “purrfectly”.   The two cats were photographed in various poses in handmade “dream boxes” in a studio equipped to catch Duchess and BoCat in their most natural postures. The stills shoot also consisted of behind-the-scenes filming for the marketing team, so the four-footed pair were treated as cat modelling royalty! View the link for the photos in all their delightful glory.

Our two Felix doppelgangers impressed Craft Worldwide so much with their resemblance to the playful two-tone cat that, although they initially required three cats, they were more than happy with just Duchess and BoCat. The latter, in particular, stole the show and was well behaved and super chilled throughout the day’s shooting. Praise went to BoCat, obviously, but also to his owner, Emil, who said, “We got loads of good stuff out of him! The team were all really accommodating and great to work with.”

Duchess’s owner, Danielle, was equally as elated, saying, “I really enjoyed the experience and it was really cool being on set.”

If you’re hoping your cats can follow in Duchess and BoCat’s footsteps (“pawsteps”?), get in touch with us. We’re just as accomplished in pet modelling as we are in humans – click here to see how your talented cat can become a star just like Duchess and BoCat.

In fact, lots of “everyday” pets are constantly in high demand by clients up and down the country. For example, the link below is useful to understand how dogs can thrive in the limelight and become stars in their own right:

If you have pets with the all-important star quality, we have the clients who want to hear from you. Contact us initially to see how your beloved animals could soon be stars in the making!