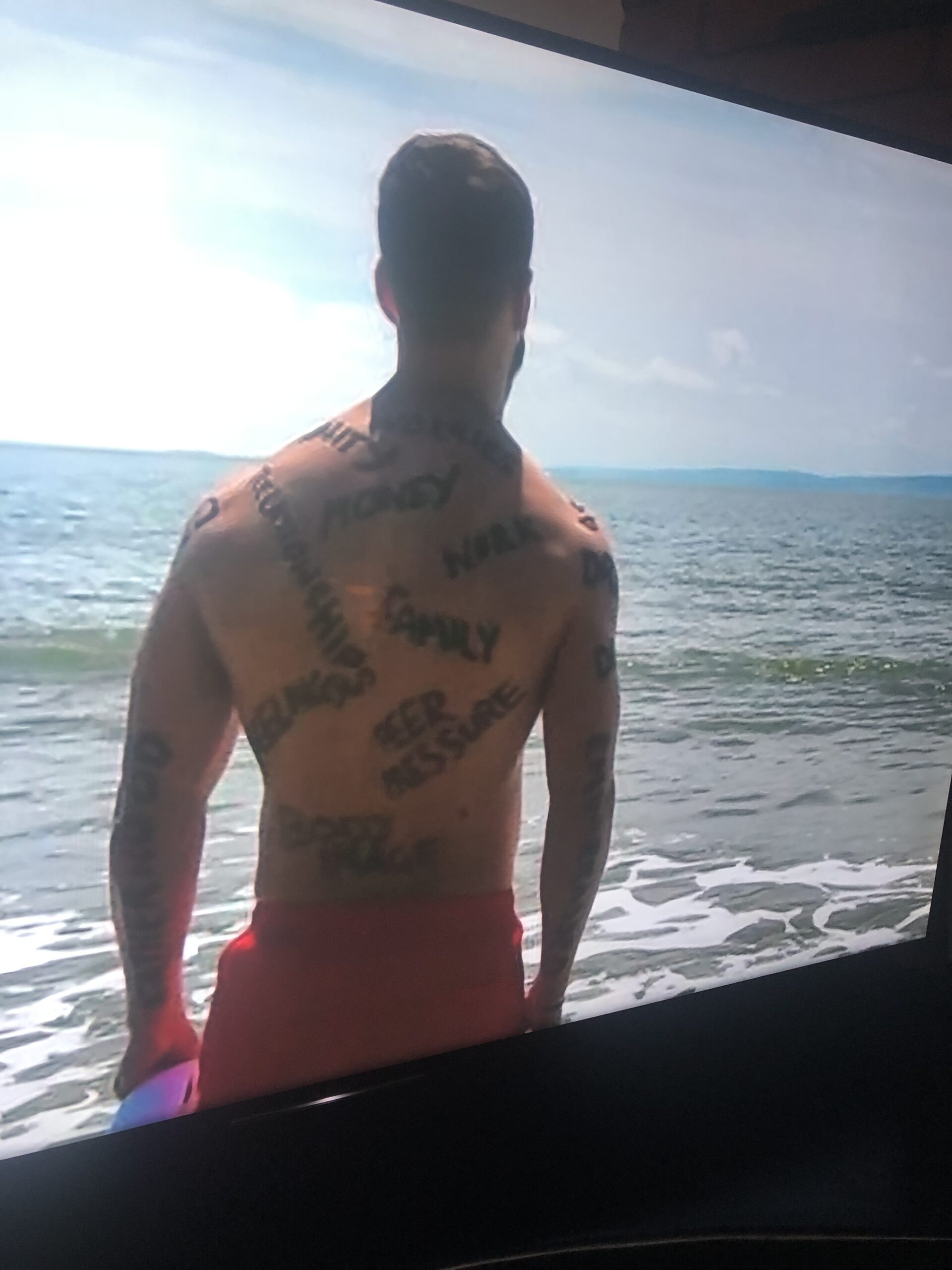 Our male model Marco starred in one of the most important modelling jobs when he was picked to promote mental health in men. Marco was asked by Channel 5 News to star in a promotional video on Barry Island Beach in The Vale of Glamorgan, South Wales, in a non-speaking role. Marco was proud to use his modelling qualities to highlight a growing problem, and to raise nationwide awareness prior to a men’s mental health documentary.

There is a worrying stigma attached to men’s mental health – a stigma that should be applauded once the individual is comfortable enough to make known to friends and family. And that was precisely the message the campaign was explaining: that men’s mental health is not shameful and should be discussed in a frank, open and sincere manner. In short, mental health shouldn’t be “bottled up”, as there are plenty of sensitive people out there willing to lend a compassionate ear.

Marco had key words written on his body, conveying some reasons why some men suffer from conditions relating to mental health. Among the emotional inscriptions on Marco’s body were “money”, “low”, “work”, “anxious”, “weak”, “be strong”, “silence”, “ashamed” and “suicide”. The last word hit a particularly strong chord, as roughly 75% of recorded suicides in the UK are males. Additionally, it’s been documented that about 12% of UK males have / had mental health issues – that’s 1-in-8 men.

These figures can only improve with communication and understanding. Research has indicated that 20% of males with mental health issues said their conditions got worse during the months when the Covid-19 restrictions were set in place. This is understandable, and perhaps not surprising; after all, a lack of regular social interaction and limitations on leisure activities can both contribute to a lack of well-being in normal circumstances, never mind a pandemic.

Models Direct was thrilled to contribute to such a significant campaign, and it proves that models are indispensable to raise awareness. Promotion in any form to a wider audience is vital to tackle illnesses, and Marco took a lot away with him. Speaking about the modelling specifically, he said, “It was a fantastic first shoot today with Channel 5 on a new project. I had an amazing experience and everyone I dealt with was very professional!”

Recently, mental illness has been a big subject – the number of posts on social media and stories in the news are difficult to ignore. Whilst everyone is different, some of the most common factors resulting in increased mental health problems in males include:

All the above can lead to a decline in mental health and, ultimately, suicide. The message of Marco’s promotional video was that talking can alleviate pain, leading to an increase in well-being. As the voice in the video reiterates, “Pain on the inside is easier to hide, but silence can be deadly.”

If you take anything from this blog, it’s that it’s “OK not to be OK”. Stay busy, keep to a healthy schedule, and don’t be afraid to talk.

If you think you have what it takes to be a male model with Models Direct (for similar promotional videos or otherwise), click here.

We’d love to hear from you!