Reaching for the Sky at Christmas – festive fun for junior models 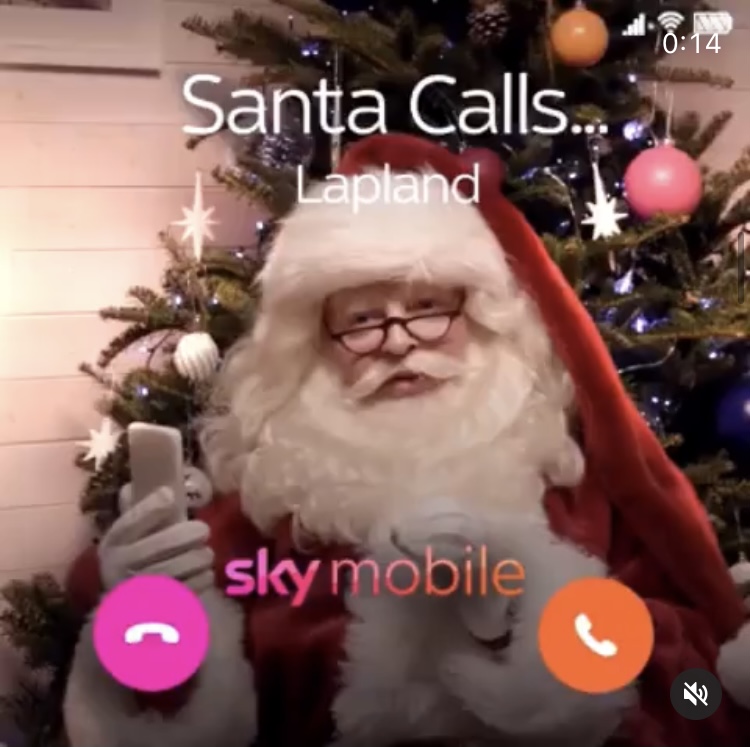 Delighted faces and happy smiles – what could be more exciting than answering a FaceTime call from Father Christmas?

Junior models tend to have the time of their lives when taking assignments with Models Direct, but during the festive season every job becomes just that little bit more special.

When Sky Mobile asked us to source child models for a Christmas video campaign, we knew we had lots of little angels who would be just perfect for the work.

Little cutie Carleon and smiley sisters Sophia and Freya couldn’t quite believe it when they received calls from the man in red himself.

Their parents were, of course, primed for the whole event and we made sure all cameras were at the ready well before Santa appeared on screen.

Sky Mobile wanted to capture genuine surprise from our triumphant trio – and they weren’t disappointed in the slightest.

All three of our little ones lit up with pleasure when they realised Father Christmas was on FaceTime.

They chatted to him for a while, beaming with joy, and were still talking about the experience days later….

Here’s what Sophia and Freya’s mum Michelle had to say about the Christmas treat:

“For their very first job with Models Direct, Sophia and Freya had the amazing opportunity to do a video call with Santa at home. Prior to the project they were not told, and they were delighted to get to speak to Father Christmas. I, on the other hand, was briefed by email from the company and had calls with production both the night before and on the morning itself to go over all the specifics and details for the day. Due to this, the call went really well, and Santa was on the phone with both girls for 15 minutes; he was very patient with them both as they were very excited. He took time to ask and answer questions and helped unwittingly get the girls to deliver some great content – they even discovered Santa can roll his tongue after asking him! Afterwards production made it easy to send over my content and we are looking forward to seeing the finished result. The girls can’t stop talking about it and can’t wait until they get to do another job. Thanks Models Direct!”

Could your engaging youngster be a good child model do you think? If so, apply here, and before long they could be having as much fun as our terrific trio.