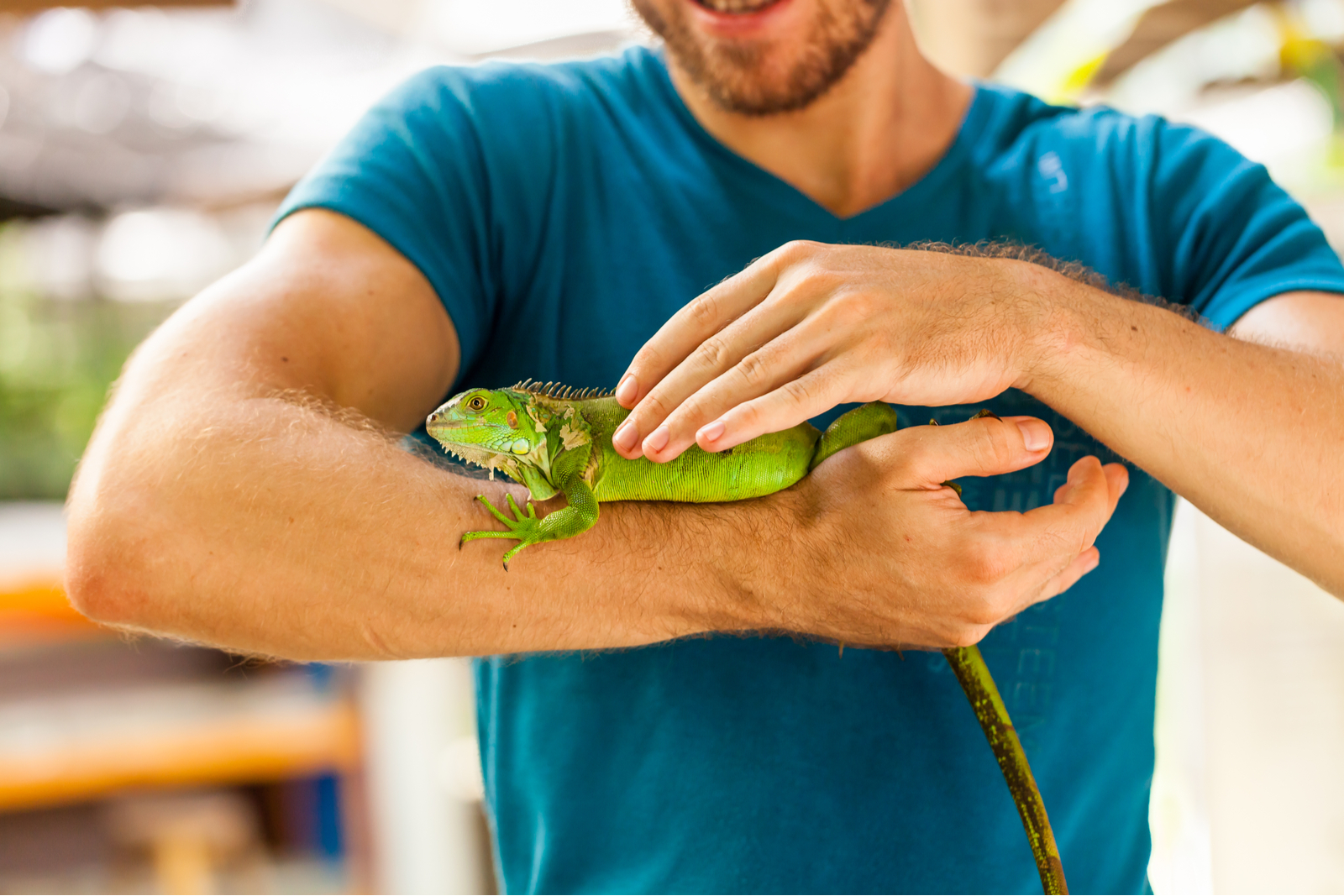 Reptiles are cold-blooded animals belonging to the class Reptilia, the main groups comprising snakes, lizards, crocodilians (crocodiles, alligators and caimans), turtles (including tortoises and terrapins), and the tuatara – an epidemic species native to New Zealand. Whilst the precise taxonomy is slightly more detailed, this is the basic classification of reptiles.

The term “cold-blooded” refers to animals that acquire most of their heat from external sources – e.g. a snake basking in the sun. This produces extremely economical metabolic rates. Many reptiles have thick skin covered with scales, making the skin watertight and allowing species to live on land. Contrary to the popular belief amongst the uneducated, reptile skin is dry and not “slimy”.

With the science lesson over, let’s talk about reptiles in the modelling industry. Okay, so they aren’t perceived as cuddly, but reptiles do have unique qualities that many companies and directors look for when recruiting animals in their projects. Some reptiles can be trained, although not to the same extent as dogs or cats. That said, a reptile’s nature can be influenced by their handler / owner, and companies looking for reptiles are invariably drawn to those animals that won’t cause disruption on the set.

Reptiles are still popular as pets, though their popularity peaked in the 1990s. Several reptile species make for great pets, as many are docile, fascinating and easy to keep. We’ll assume that reptile owners know basic husbandry, so let’s give three examples where reptiles could be used as modelling – and in several cases, are seen as highly prizes assets.

Perhaps the most common scenarios are in advertising sketches. If a company needs an animal to represent a dangerous situation or to illustrate a “fear factor”, they may choose a snake. Though tough on the snake, a lot of people do have a fear of snakes (ophidiophobia) and these captivating creatures have gained a “bad rep” throughout the years – largely due to lazy film casting. It’s irrelevant if the snake in question is naturally gentle with an incomparable character; your pet may be required to demonstrate fear or hatred. Don’t be disheartened – it’s only an advert, and not indicative of your prized pet (the same could be said for a perfectly docile Rottweiler). Common species for this type of work include boa constrictors and pythons due to their bulk, and corn snakes and king snakes because of their more manageable size. Typically, on set, both the actors and cameramen will grow to be smitten with your snake just as you are. Good news travels quickly – your snake could be in line for lots more modelling work. Go with it!

Lizards can be invaluable if a company needs an unusual, inquisitive animal – for example to illustrate a curious creature walking along a branch, then quickly catching an insect. Chameleons instantly spring to mind, although geckos, iguanas and skinks are also popular.

For an advert that requires an animal to represent endurance or sluggishness, tortoises are the obvious reptile. If it worked for the TV show One Foot in the Grave, it could work for you.

Crocodiles are usually used from zoos / specialist breeders, and are popular in the film industry.

Think big – how many films have you seen set in a jungle or desert, and reptiles make a memorable appearance? There are plenty of them about. When you consider TV adverts, educational videos and fashion shoots, reptiles are perfect for eye-catching promotion material that will linger long in the memory of customers.

Models Direct is keen to hear from reptile owners. Please get in touch with us, and if successful, your beloved reptile could soon be “scaling new heights” in the fantastic world of animal modelling. Don’t be shy – we’d love to hear from you.