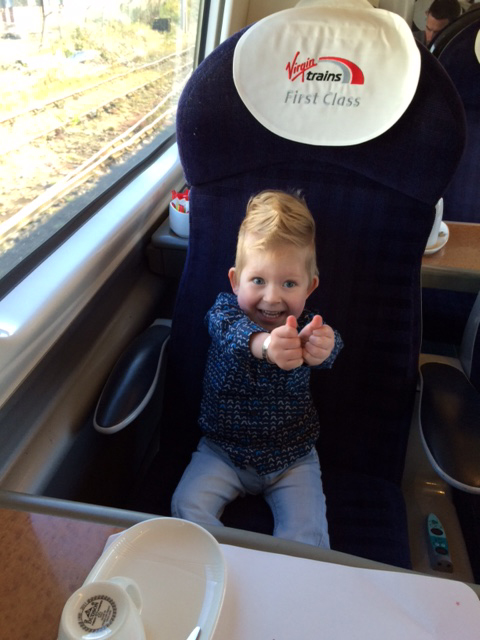 Every parent should be proud of their children, but in Shelley and Rob Wall’s case, their “proud-ometer” reading must be going off the scale! This blog focuses on an extraordinary young man and Shelley and Rob’s bundle of joy – eight-year-old Noah, and his experience with one of the UK’s leading supermarkets.

You may have heard of Noah – after all, is now somewhat of a star. Noah was born in March 2012 with spina bifidia (a neural tube defect literally meaning “split spine”), and with a porencephalic cyst which resulted in Noah having just 2% of his brain intact. The bravery of little Noah and the strength of Shelley and Rob is immeasurable, and the family deserve all the tributes bestowed upon them during their incredible life together.

When we heard little Noah’s inspirational story, we were delighted when he and his parents wanted to be involved with Models Direct campaigns. We just had to have Noah onboard to promote models with disabilities, and diverse modelling as a whole – Noah’s application came to our attention in 2015, and he’s been going from strength-to-strength in the modelling and media world ever since. From appearances on DIY SOS and Good Morning Britain, to flying to Australia’s Gold Coast and even a super-special appearance at the Royal Albert Hall, it’s fair to say that Noah has done more than most children his age, and his disability has only spurred him on to bigger and brighter things.

Because Noah is so remarkable, our client Sainsbury’s was extremely eager to meet up with the star-in-the-making. The company has nearly 1,500 shops in operation, and is a trusted brand for millions of shoppers. With such a strong retail reputation, Sainsbury’s could have the pick of young models; what they had in mind was a handsome, camera-friendly young lad with memorable characteristics that would stay long in the mind of the viewers for their Christmas TV advert. Step up Noah!

Noah was thrilled to appear in the festive advert, being lifted from his special wheelchair by his acting “dad”, to place a star on top of the Christmas tree, watched by his “family”. The filming took place in London, so the Wall family were rightly treated like royalty upon their arrival to the capital from their hometown of Carlisle. Click on the link below to view Noah’s unforgettable acting role:

By submitting a casting video specific to the role to the production team, Noah was the obvious choice…how could they refuse? In fact, it was to become a landmark role, as Noah was the first disabled child to star in a UK Christmas advert – now there’s something to put on his growing CV! Noah and his family are now celebrating a lifetime contract with us! 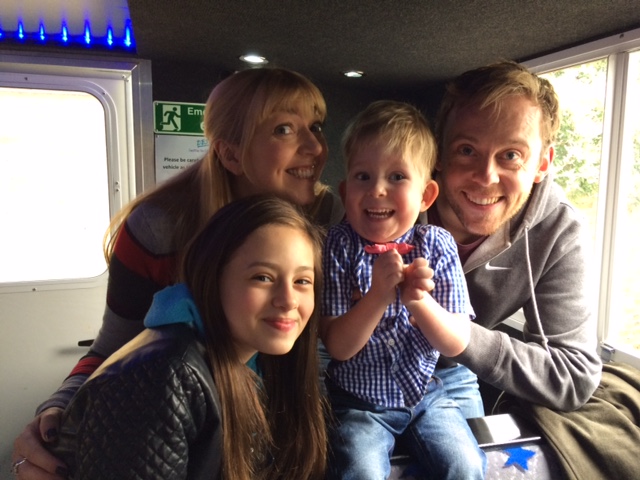 After Noah’s “glorious and triumphant” Christmas advert, Shelley was quick to praise the whole process, from booking to completion. She said:

“Noah had lots of fun filming for the Sainsbury’s Christmas advert. From leaving home to arriving in London, we were made to feel really special.

Being on set was the most exciting part of the shoot. Watching Noah’s face light up when the cameras started rolling and when he placed the star on top of the Christmas tree really was priceless. On the second shot, the director confirmed that this was the one, which was very impressive considering Noah’s disability. This was a great achievement for him. He was treated with so much respect by the crew who completely catered to all of our needs. Noah bonded with everyone on set, particularly his on-screen family which included Jo Burke, Alexander Perkins and a lovely young actress who played his sister. He had so much fun with them.

Noah also loved playing in the dressing room with the Wardrobe Stylist,  who was wonderful, too. Despite it being a long day, Noah smiled the whole time and everyone on set adored him and thought he was such a special boy. Everyone was amazed by his story.

I would definitely recommend this kind of experience. I wish I had signed Noah up with Models Direct from Day One! Everyone thinks their child is the most gorgeous in the world, but we were being advised so much to join an agency that we went for it – we just wished we had done it sooner! Every child is different and has their own unique qualities – there is work for everyone out there. I would recommend all parents to sign up their children –  go for it, don’t even think about it – just do it! There’s only you stopping yourself from reaching your goals in life.”

We couldn’t have put it better ourselves, Shelley! Noah’s story is nothing but astonishing, and it should be told throughout the world. If Noah doesn’t inspire potential models to take the first step into the wonderful world of modelling, then no one will.

For more advice on disabled / diversity modelling with us at Models Direct, please click here

Don’t let any disability or impairment stop you becoming a star like Noah! If you have any questions, please don’t hesitate to contact one of our fantastic booking coordinators.