Baby Ruth (by her mum Denise)

We live in Fulham and Ruth is our first child. She’s seven months old.

Everyone has always said how pretty Ruth is – even people in the street. She’s got very big brown eyes and loads of curly Afro hair, which she’s had from birth. She also has a very open, mature face that makes her look older than she is. So when she was about four months old, I decided to put her forward for modelling and find out what the professionals thought.

I did an internet search and found Models Direct. A friend of mine said she’d heard they were a good agency, so I applied. As a graphic designer, I was also really impressed by their professional website, and the thought that had gone into the marketing.

I applied to quite a few agencies, and was surprised when they said they already had children with a similar look, or that she was the wrong age.

How did you feel about paying a fee up front?

I was very wary and phoned to query it, because I’d been told that you shouldn’t pay upfront fees. But to be honest, I thought I just had to take a chance.

We waited around four months, then we had a photoshoot for Pampers. The images were to be used on packaging, point-of-sale material and press advertisements.

Tell us about your assignment.

First, we went to a casting, where Ruth was selected to be a ‘sleeping baby’.

As a parent, you think you know your child well, and Ruth always sleeps at 11am. But she didn’t want to sleep at the photoshoot because there were so many other babies there. I just had to keep pacing the floor until she eventually gave in!

Then she woke up, and we had to wait a few hours until she fell asleep again. In the end, we were there from 10am to 3.30pm. But lunch was provided, and there were lots of toys to play with.

I think she enjoyed it. She was a bit wired with everything that was going on, but she didn’t get upset.

What would you say to people thinking about registering with Models Direct?

You have to be open-minded about your assignments – it’s not always as simple as you think. But if your child has the right temperament, it’s a good idea. I’m proud of the way Ruth handled the assignment, and it’s something we can tell her about when she’s older. 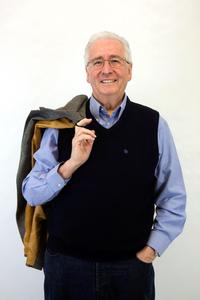 Just try it and find out for yourself

"It is getting more and more difficult to find superlatives for each assignment I receive from Models Direct. The latest a journey to the East Midlands to take part in a brochure photo shoot for a retirement home. My fellow models were Emma, we had worked together on other projects and Kristina who I worked alongside for the first time. I have been working with Models Direct for over four years and each assignment has proved to be a really enjoyable experience, just try it and find out for yourself."