I’m a cat lover and I live in Stalybridge, in Cheshire.

I’d never planned on putting our cats forward as models, but people would always say that they were lovely, and that we should look into it. My husband found Models Direct online, and we went with them because the people were so helpful.

I’ve spoken to parents of child models who have paid astronomical amounts for portfolios, so I felt Models Direct were asking for a relatively small amount in return for potential work.

We registered the two Ragdoll cats we had at that time, Rudi and Georgie. Ragdolls are a cross between a Persian and a Burman. They’re friendly indoor cats who don’t like being alone, with very little fighting instinct.

Sadly, Rudi died in February 2010. Georgie was pining for him, so we bought Serendipity (known as ‘Dippy’) to keep him company. Dippy’s like a pretty little girl, and everyone says how beautiful she is. She’s just seven months old, very lovable and playful.

Both Rudi and Georgie were on the books at Models Direct. When Rudi died, they very kindly let me carry his subscription over to Dippy, who has very similar colouring. It’s quite traumatic to lose a cat so young, and Models Direct were really sympathetic.

We’d been given a job for Rudi within a few days, and the same thing happened with Dippy. However, Georgie, our other cat, hasn’t had anything yet – obviously because the clients are looking for a certain size or colour.

Tell us about your assignments.

Dippy’s was a commercial photoshoot for the Kleeneze catalogue. Models Direct called me first to say that she was being considered, and then called back to confirm the assignment before emailing over all the details.

We had to travel to a studio just outside Manchester, which meant a 40-minute drive. You don’t want to be travelling too far with pets.

All Dippy had to do was sit beside a cat toy and look interested in it. Because she was so placid and easy to manage, the clients got the pictures they wanted inside half an hour. That was good for them and for Dippy too, because she didn’t get stressed out. If she didn’t like modelling, I wouldn’t do it.

The cheque was on the doormat two days later. We’re going to use some of the fee to buy Dippy a new cat box!

What would you say to other pet owners thinking about registering with Models Direct?

You get a real thrill when you see your cat in a magazine or catalogue. So if you think your animal will do well in front of the camera, go ahead and do it! 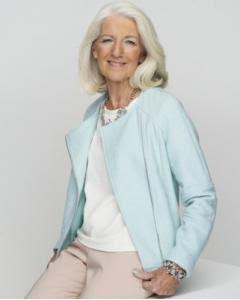 "I had a lovely afternoon taking part in a photo shoot for a Brochure to promote Newfield Lodge Care Home in Castleford. Myself and 3 other models (Pat, Graham and Michael) from Models Direct had to partake in various scenarios, showing different settings and activities. I really enjoyed the experience and meeting lots of people. I would recommend Models Direct to anyone wishing to enjoy lots of different experiences and to gain in confidence. Models Direct look after all the arrangements and actively promote their models. I'm looking forward to my next assignment."