Young Sephora showed us that modelling is a walk in the park! Her mum, Luna, told us...

"Models Direct stand head and shoulders above the others in the professional way they deal with their clients." Ten-year-old Sephora was one of four lucky models who attended a photoshoot for Portsmouth City Council. Sephora, who also worked with other modelling agencies, thoroughly enjoyed the day and returned with some glowing feedback from the client.

Cross Keys Homes had originally tried using a resident family for the shoot, but when this didn't achieve the desired look they turned to Models Direct. We had just one week to find four models: two adults to play mum and dad and two children to play the kids. Obviously Perry and Gabrielle had no problem playing the roles of brother and sister.

Julia Holt, who works for the Council, approached Models Direct looking for a number of child models of different ethnicities for a campaign promoting fostering. One of our coordinators sent Julia a selection of models ranging from three- to sixteen-year-olds, from which five were selected.

Julia was really happy with how the assignment went and impressed with the models that had been selected. "The models did really well," she told us. "They followed instructions and carried out the role without hesitation and asked for direction when they didn't understand. All were polite and well mannered."

On the day of the assignment one model was unable to attend as her mum went into labour. Although there was another model on stand-by, the photoshoot was going so well that Julia didn't need anyone else. The only thing that put a dampener on the day was the weather!

Young Sephora loved the experience of getting her modelling career under way. "Sephora was treated well and will definitely want to have the same experience again," reported Luna, her mum. "Given that we have had previous dealings with other modelling agencies, Models Direct stand head and shoulders above the others in the professional way they deal with their clients." 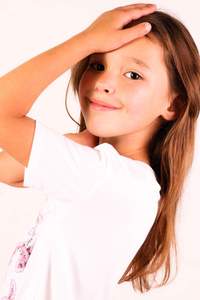 "Raven was really looking forward to this and absolutely loved the experience. She said it made her feel very special, her favorite part of the day was Posing on the Triumph motorcycle. I believe she has come away from this experience with a lot more confidence and understanding of the modeling world. We have been updating our ePortfolio and changing photos around so there is always something different. Raven has always loved the camera and loved being in the lime light so joining Models Direct was a good move for her."