Andy got to spend the afternoon with several other Models Direct models in an upmarket private members' club! He returned to us saying...

"The assignment at Aspinalls in London was good fun, the other models were very easy to work with and the whole day was very professionally orchestrated." Spending the afternoon at a swanky private members' club in London certainly sounds like a pretty good way to earn some money! Model Andy, along with five other models both male and female, was selected for a photoshoot at Aspinalls Club in Mayfair.

The models were asked to dress up in their finest suits and dresses and had several shots around the club demonstrating the facilities, going from a Rolls-Royce to the dining and casino areas.

This was Andy's first modelling assignment, but he has since received more work. He thoroughly enjoyed the day. "The assignment at Aspinalls in London was good fun," he says. "The other models were very easy to work with and the whole day was very professionally orchestrated. I would happily do more promotional work for Aspinalls; they are a nice, friendly crowd and very welcoming." This was the general opinion from all the models on the assignment.

We also received some very positive and pleasing feedback from Andrea, who was in charge of the photoshoot. However, she did mention the importance of an up-to-date profile with current photos. This is an important factor to remember if you are already a model with us: make sure you keep updating your photos. The models on the shoot were all pleased as they received copies of the Aspinalls photos to be used in their portfolios, so now they have no excuse! 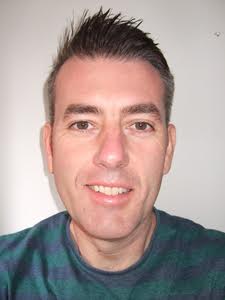 Recommend modelling to anyone

"The crew and other models were fun to work with. We were put into different scenarios including a train station and a hospital, and the lead photographer kept a good pace throughout the day. I would recommend modelling to anyone."