Male Model Gets 'Big Ed'! Shane did a fine job as a promotional motorbike character for MCE Insurance. Here's what he had to do...

"Go and get involved with the public, from having my picture taken to causing mischief around the show! The best thing about it was being able to be myself and bring a smile to the public's faces!"

Shane did a fine job getting 'Big Ed'ed' as a promotional motorbike character for MCE Insurance, a repeat business client of Models Direct.

MCE Insurance has often approached Models Direct for adventurous, fun-loving male and female models for promotional work at motorbike shows all around the country. For this particular show, 21-year-old Shane and two female models, Claire and Samantha, handed out leaflets and had their picture taken with the public over the course of the two-day event.

Our selected male model had a fantastic time interacting with the crowds as 'Big Ed', a promotional motorbike character, wearing an oversized crash helmet and generally having a good laugh with passers by and the other models on the assignment.

We caught up with Shane his first assignment as 'Big Ed' and asked him how he felt about his experience as a promotional model. "It gave me confidence to try out other assignments," reflects Shane. "I had to dress up as 'Big Ed', which was a biker's outfit with a large helmet, and go and get involved with the public, from having my picture taken to causing mischief around the show! The best thing about it was being able to be myself and bring a smile to the public's faces!"

Promotional modelling is a great introduction into many other areas of modelling and performance. But it can also be a great career in its own right, often paying very well. Promoting is a great way of gaining confidence, building on your people skills and having fun while you earn!

We asked Shane what advice he would give to others thinking of becoming a model or trying promotional work. "Just be yourself," he suggests. "Don't be afraid to try new things as you might end up really enjoying it! Just be confident and positive!" We agree, great advice Shane! 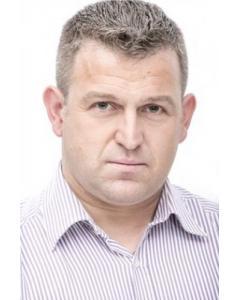 "Just wanted to say how much I enjoyed my car dealership shoot on Tuesday via Models Direct. I would recommend everyone to have a go at this, it can be a very enjoyable experience!"