Joseph had great fun playing in the park modelling jackets for the new collection from Puffa. He loved his modelling experience...

"I really enjoyed it and would love to do it again. I just had to smile and run about, it was great fun!" Young model Joseph was overjoyed when he was selected for his first modelling assignment. He was asked to model a selection of Puffa jackets from their new collection, for images to be included on the company's website.

The Vast Agency, on behalf of Puffa, came to Models Direct looking for an energetic young teenage boy who wouldn't mind spending a couple of hours running around a park. It was no trouble at all for our coordinators, who soon put forward Joseph for the assignment.

Joseph had a fantastic time taking part in the shoot, which also featured two other models, a woman and a teenage girl. "I really enjoyed it and would love to do it again," he says. "I just had to smile and run about, it was great fun!"

We also received some great comments from Vast. "Joseph's modelling technique was excellent and he worked well with the photographer," reported the client. As you can see from the photos, Joseph is obviously a natural in front of the camera. Puffa were so happy with his performance that they are planning to invite him back to model next season's collection as well!

As anyone who has children who have modelled will know, the child requires a licence from the local council before they can model. In addition, anyone under the age of 18 must have a parent or guardian present at the assignment. For Joseph it was his dad Paul who came along with him. The assignment can sometimes be just as exciting and nerve-racking for the parents as it is for the model themselves! 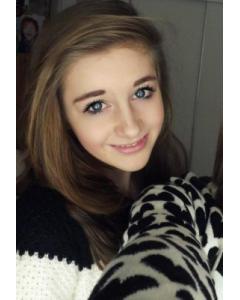 One of my dreams being completed!

"I really enjoyed the day. We had to sit on bean bags and look like we were at school. I have always wanted to be a model, so this is one of my dreams being completed!"