GMTV was so happy with model Gyte that they kept inviting her back! As she said after one of her many television appearances...

"I am very pleased to say that it was my thirteenth assignment for GMTV through Models Direct. I enjoy every single minute on GMTV on Fridays."

No doubt we've all watched ITV's GMTV whilst tucking into our breakfast at some point, but one model got to go from watching the screen to appearing on it! Gyte from London was asked to appear live on the show and, even better, she was invited back week after week!

GMTV were looking for a female model to take part in 'Mark's Fashion Piece' on Fridays, modelling a range of outfits from party dresses to winter coats. The images were also used on the GMTV website.

Gyte had to be up early for the shoots: she was picked up at 6am and escorted to The London Television Centre for her live appearances.

The fashion piece is used to showcase new styles for men, women and children. Occasionally Gyte would be working on the show with other models from Models Direct, including numerous appearances with one of our child models, Mueez.

"The assignment 'floral fashion' on GMTV went very well," said Gyte after one appearance. "I am very pleased to say that it was my thirteenth assignment for GMTV through Models Direct. I enjoy every single minute on GMTV on Fridays."

Most women would probably agree that exploring the wardrobe department and appearing on TV makes up for the 6am starts! 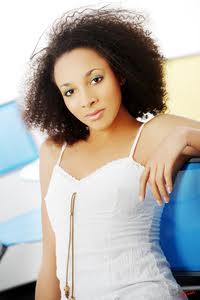 "The assignment today was good fun. It was a shoot for the NHS Professionals so I was given a nurses uniform and then had to do various poses such as taking someone's blood pressure, taking blood etc.The most enjoyable part was meeting all the different people e.g. the make up artist, photographer and other models. I would definitely recommend this experience to others as it is just something different to what you would normally do (I'm an accountant!). I found Models Direct to be really good and informative with regards to my most recent assignment."